Ladies and gentlemen, Welcome to this discussion. In light of recent events, there are some truths that ought to be shared. Some are believable and others are scarcely believable. As you read through this, you will at some point throw your hands at me. You will roll your eyes. You will ask me, ”How do you know that?”… However, if you do end up believing me(through Divine Grace), you will be set free from the false illusion we call our current world and be acquainted with what is really going on. I would also like to caution the readers of this article not to treat these revelations lightly. If you feel that conspiracy theorists are imbeciles and our institutions (Academic, Civil, Religious or Military) are right, then I’m afraid this isn’t the place for you. You will be happier watching television and listening to Drake, and I wouldn’t want to remove you from your comfortable cocoon. If however, you are fed up with the lies that have been sold to you; if you are hungry for the truth then I urge you to read on. I will give things from a Biblical perspective. I am a Christian. I sincerely hope that doesn’t offend you. I tread very carefully because people have lost their loved ones. Others are maimed and broken. I say this with all due sensitivity.
In light of Yesterdays Terrorist attack in France, The twin Suicide bombings in Beirut, and countless other bloodbaths, I would like to remind you this world and its wickedness must come to an end. I need us at this critical hour to zoom out and look at the greater scheme of things. Sometimes we get distracted by mundane worldly affairs and lose focus as to why we are here in the first place. We become myopic; just the way our arch-enemy wants us…
To put things into perspective, here is scripture that will show you the context of what we need to know.
2 Thessalonians 2:8-12:”And then shall that wicked be revealed, whom The Lord shall consume with the spirit of His mouth, and shall destroy with the brightness of His coming: even him, whose coming is after the working of Satan with all power and signs and lying wonders, and with all deceivableness of unrighteousness in them that perish; because they received not the love of the truth, that they might be saved. And for this cause, God shall send them strong delusion, that they should believe a lie: that they all might be damned who believed not the truth, but had pleasure in unrighteousness.”
Beloved, The Straight Gospel has gone forth into the world. Those who believe it will surely be saved. Those who don’t are handed over to long-standing ,mainstream delusions. Most of the victims of these great tragedies are people that rejected these truths in the first place. Can God protect sufficiently those who revile him and reject Him?.... You answer that question. Nevertheless, He causes the rain to fall on the just and the unjust. The unbelievers of truth are believers of Propaganda; potent, deceitful propaganda. 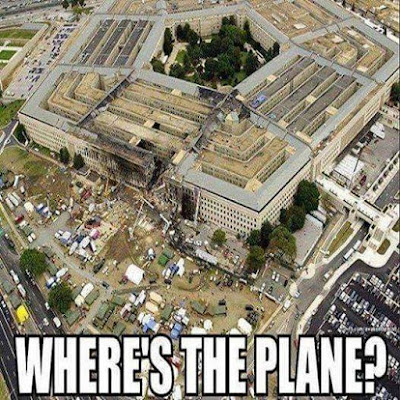 PROPAGANDA
This is a term I’d like you to be familiar with. It is defined as:

Ladies and gentlemen, this will serve to strengthen the truth.
ALQUEDA, ISIS, BOKO HARAM, AL-SHABAAB, and any other militant group affiliated to them is directly or indirectly a product of the C.I.A. … I’m sure you’re wondering ,”Why would the CIA create their own enemies then promise to destroy them?”… The answer is simple yet unbelievable. It is done so that the government   “attacked” by these militants may have the support of their citizens in attacking the countries alleged to be harbouring the criminals. Let me explain deeper. Governments aren’t run by elected officials. Governments are run by Corporations which put their officials of choice in power, through usurpation like George W. Bush, or through manipulation of the peoples’ emotions like Barrack Obama. These corporations and individuals pulling the strings in the background have interests, often global ones; of World dominion and power, just as Lucifer the fallen has promised them. These clandestine, morally bankrupt corporations are victims of their own wickedness. They are still trapped by the lie Satan told Eve in the Garden of Eden, that “Ye will be as gods, knowing good and evil.” Whatever the case is, my point is to show you this charade we call our world, that you may cut loose and be not unequally yoked with the wicked.
These corporations and governments shoot themselves in the foot, take the gun, put it in the hands of ISIS (for example) parade the story in the media to instill fear, shock and sympathy for the government and its interests, with the aim of garnering political support to invade particular countries to conquer , plunder and democratize them, just like neo-colonialism, all for the new world order; that their messiah(The Antichrist) may be revealed.
The population, whose brains have been benumbed by hours of Greys Anatomy, Big Bang Theory, Jay-z, Drake, NIKI and Beyonce, have not the strength or will to think. After all, the music and television are the very tools of their subjugation. The population, through multiple devices, eventually yields to the will of those in power and give them the go-ahead to do as they please with the promise of no opposition to the Government when they hack our computers, spy on our conversations, read our emails and monitor our social media accounts; all in the name of ‘Security’.
I know you’ve probably heard these before. It’s nothing new. I’m not only to remind you of what you already know, but also to shed light on what is truly going on between Christ and Satan; between good and evil: and how close we are to the conclusion of this great controversy.

WHO ARE THE REAL TERRORISTS?
The real terrorist is the Christian whose eyes have been opened. The worst kind is The Seventh Day Adventist. Before you switch off, let me explain…
Since Satan created these terror groups, he makes sure that they embody certain Christ-like characteristics. It’s never obvious how he does so. But when these terrorists use biblical terms like ‘Apostate’, ‘Infidel’, ‘The Enemy’ etc, you can’t help but notice that Satan’s intentions are to inevitably and eventually turn the wrath of the people towards these keepers of truth, ESPECIALLY This Sabbath-keeping sect. It is complex, yea, unbelievable. Ofcourse the beheadings and lynchings aren’t Christ-like, but by sprinkling Christs words in their mouths, anyone who hears them will be seized by terror or hatred for the one who spoke them. Ultimately, there shall be created by Satanic agencies, a sect of violent Sabbath Keepers or militants claiming to be Adventists. These shall carry out atrocities. The end result will be utter hatred for Adventists; a hatred far worse than Islamophobia. Islamic extremism was and is but a test-run; a lab rat; an experiment: before they attack their real enemies. When this shall be achieved, it will be a monument to Satan’s cunning, and when he garners the bravery to reveal himself, then we will know that the end is near.
It was Prophesied by Christ, His Apostles, and His Prophets. Jesus said of the word of God, ”Thy word is truth” (John 17:17) and whatever prophecy written therein must come to pass if it hasn’t already. ”Blessed are ye when men shall revile you, and persecute you, and shall say all manner of evil against you falsely, for my sake. Rejoice and be exceedingly glad: for great is your reward in Heaven: for so persecuted they the prophets which were before you.” Says Jesus in Matthew 5:11-12.
People underestimate the scale of the persecution Christians are to receive in the end times. As these Satanic institutions and governments tie the noose on their intended targets, you will witness with your own eyes the kind of cruelty meted out By The Catholic Church during her reign in the Dark Ages. The same cruelty will be meted out against Sabbath Keepers, but this time, through a combination of Civil and Religious Authority. This shall happen when the great decree goes forth enforcing Sunday Law, and the mark of the beast be stamped upon the unbelieving.
Terrorism as we know it is Satan’s propaganda tool that will yield multiple results for his cause.
1.       It will unify the world against a common enemy, with his agencies at the helm.
2.       It will create in people a strong desire for the peace and rest the world lacks; which he will conveniently satiate when he reveals himself as the false Messiah.
3.       It will distort in peoples’ minds what truly needs to be feared which is God Almighty; and lead them to fear that which is trivial and cannot destroy the soul ( Destroying the Fear of The Lord).

Terrorism is the yeast that raises the cake before Satan bakes it with his lies. After you have been galvanized and thoroughly irradiated with heresy, it is very difficult to come out. Difficult I say, but not impossible, because you can do ALL things through Christ who Strengthens you (Philippians 4:13). Kindly read your Bible and pray every day. Guard your hours with God jealously that no one may steal your heavenly crown. There is much more to share and say. But this is sufficient for now. Be blessed.
Posted by Evans Ngoko at 15:14